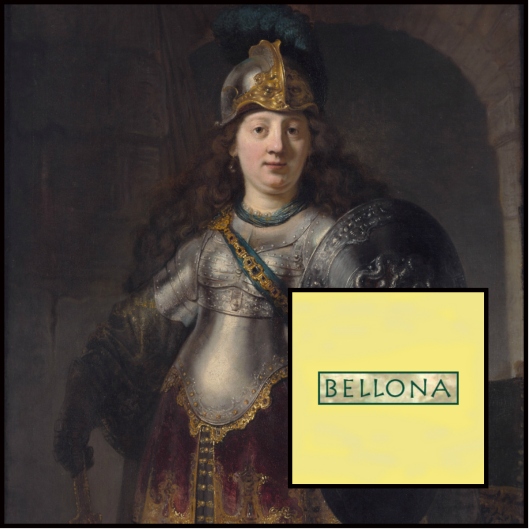 Bellona, the Roman goddess of War, was closely associated with Mars, the Roman god of War. She is invariably his companion, although she is also known for being his wife, daughter, sister, or charioteer but mostly recognized for being his twin sister.

“Thou art still, not with stillness of languor,
And calm, not with calm boding rest;
For thine is all wrath and all anger
That throbs far and near in the breast
Of man, by thy presence possess’d.”