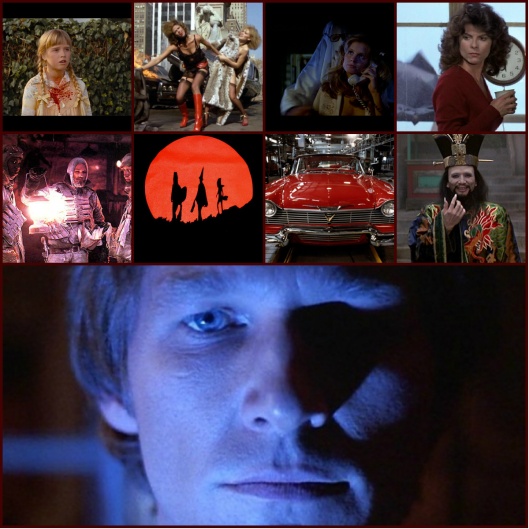 We Alibi’s truly appreciate a well done horror/horror/sci-fi film and today marks the birth of one of contemporary horror’s founding father’s, John Carpenter. During his career he has directed 30 films, written over 20, produced and acted in several and also composed the music for some of his films.

Can you name all the John Carpenter films in the above picture?